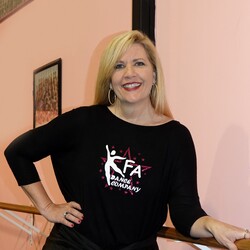 Owner and director of Kelley’s Fine Arts, Burnadene began her dance education at the age of six. She quickly discovered her natural talent, and her passion for dance continued through high school and college. She received a BA in Dance as well as a BA in Elementary Education from Columbia College. Her special training includes not only dance but cheerleading, runway, print and commercial modeling, theatre, and music (both instrumental and vocal). She is the former director of the Phantom Dance Team, the Pee Dee Vipettes Dance Team and was the choreographer and director of the AIFA championship halftime shows for 2007 and 2008. She was the 2011 cheer coach for FMU. She has been a performer and director for the Cheraw DWTS, Kershaw DWTS, Clarendon DWTS, Lee County DWTS, and Florence DWTS.
​Miss Burnadene is also a choreographer for the Florence Little Theatre.

She is a certified member of the USA Gymnastics Instructor Program and Dance Masters of America Chapter #44. Since KFA’s beginning, some of her accomplishments and awards include: Business Women of the Year, Who’s Who Among Business Professionals, served on the South Carolina Dance Colloquium, the I.V. League honor of distinction for Innerviews Magazine, TV 13’s Pee Dee Hero Award, and was given the honor of sponsorship for the first studio Chapter in South Carolina for the National Honor Society for Dance Arts. Miss Burnadene and the KFA Staff continue their education by attending dance conventions, workshops and classes so that they can continue to provide the best possible dance experience.

Burnadene lives in Florence with her husband Sid and their 5 children. 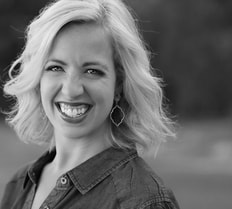 Alexis is a competitive and recreational dance teacher and choreographer at the Camden, Florence and Lake City locations. Alexis was dancing before she could walk, but formally began taking dance with KFA at the age of 2. She was a part of the KFA Company for 14 years and a member of the National Honor Society for Dance Arts. Alexis was under contract with Opryland Productions for four years as a child and was SAG eligible by the age of 8. She was also a featured singer and Dance Captain in Myrtle Beach's High Steppin' Country for three years.  She has participated in many Dancing with Stars events winning both Technical and Entertainment Awards, as well as directing Kershaw County's Dancing with the Stars. She served as the director of the National Dance Competition, Dance Troupe, Inc. for three years where she traveled the country teaching master classes and putting on events. Alexis has choreographed all over the southeast for various schools, theaters and dance teams. She has performed places such as Disney World, Universal Studios, and on Carnival Cruiselines. While she loves to perform, her greatest joy is found when she has the opportunity to watch a student grow. Alexis is the Music and Movement teacher for Grace Preschool and holds a Bachelor of Arts degree in Early Childhood Education with a minor in Music from the University of South Carolina. She's a certified member of Dance Masters of America and an Acrobatic Arts Certified Teacher.  She lives in Camden with her husband, Chaz, and their pup, Mina. 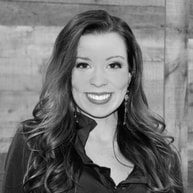 ERIN HAYNES
Erin has been dancing since the age of four and stared dancing competitively at the age of five. Through the years she has been trained in many different dance styles, such as clogging, jazz, lyrical, hip-hop, ballet, tap, modern, pointe and Irish tap. Erin was a member of the KFA Camden Crew from 2011-2013. Erin is also certified through Dance Masters of America ​and is a Dance Company and recreational dance class teacher for KFA in Camden, Florence and Cheraw.
She truly loves what she does and hopes to inspire her students to follow their dreams of dancing.
​ 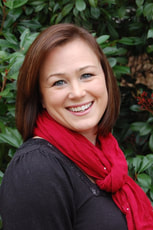 TIFFANY WELSH
​Tiffany lives in Hartsville with her husband David and has 2 children,  Alyssa Lauren and Ethan. Tiffany has been involved with KFA for more than 15 years. She has been the KFA Gymnastics Director for the past 10 years and has been involved in both recreational and competitive gymnastics for over 20 years. She has high school and competitive cheer experience. Tiffany was also a former member of the Florence Phantoms Dance Team and a professional dancer in many DWTS events around the community.
​Tiffany teaches competitive and recreational gymnastics and tumbling in the KFA Florence and Hartsville studios

​DEYSHA MILLER
​Deysha dedicates most of her “extra” time with an unbreakable bond and true passion for performing arts. She has been dancing for 16 years and was a KFA Dance Company member
and a member of the National Honor Society for Dance Arts for many of those years.
Deysha is a graduate of Claflin University where she obtained a Bachelor of Science degree in Biology, Chemistry minor.  During this time, she was also the Captain and Choreographer for Claflin University's Pulse Dance Company. In 2018, she traveled to the USAG Congress and became a USA Gymnastics Certified Instructor. She is a science teacher in Florence County School District 3
at the Alternative Center for Education. Deysha teaches competitive dance and gymnastics as well as
​ recreational dance and gymnastics in the KFA Florence, Lake City and Turbeville studios. 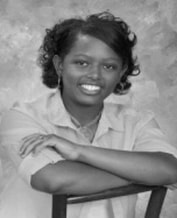 ASHLEE GILLESPIE
Ashlee began dancing with the Karen Gibson school of Dance when she was 4 years old and has been dancing for 24 years. Ashlee joined the KFA family in 2011 and absolutely loves the way the studio feels like a family. She was a proud member of Pee Dee Vipettes Dance team for the semi Pro basketball team the Pee Dee Vipers for two years. In her off time from dance, she works at McLeod Outpatient Physical Therapy and Covington’s Eye Clinic and spending lots of time with her family.
Ashlee teaches recreational dance at the KFA Cheraw and Hartsville studios
​

​BROOKLYN COX
Brooklyn Cox has been dancing since she was four years old and started dancing competitively at the age of six. She recently graduated from Carolina Academy in Lake City where she was the Student Body President, Cheerleading Captain, FCA President, and a member of the KFA Fierce Dance Company. She is currently attending Francis Marion University and majoring in nursing. During her free time, she enjoys sharing her love and passion for dance with younger dancers in both the Florence and Lake City studios.​
Powered by